Physical activity and exercise is one of the main foundations of health and well-being. Exercise is an essential way which can stimulate our vitality, strength, and natural healing mechanisms of body. Our culture seems to have love-hate relationship with exercise and sports. On one hand, spending on sporting events and sporting products are at it’s highest level; on the other hand, rates of obesity and metabolic diseases has been steadily increasing for decades.

When it comes to professional competition, even at college level, we love our athletes to be of elite quality. Young athletes in games like football and basketball are major source of revenue stream for colleges and businesses alike. In 2010, NCAA football grossed total profits of $1.1 billion;[1] March Madness 2013 grossed a total of 1.15 billion in ad revenue alone.[2] These athletes are encouraged and supported in every possible way – as long as they perform.

On the other hand, children in USA are the least active children on the planet. The physical activity report card of 2014,[3] by National Physical Activity Plan found the following trends among children and adolescents:

These wrong messages can also occur in the local or family environment of the athlete as well. A recent study indicates that familial and social pressures for performance may encourage our young athletes to start using performance enhancing substance (PES).[4] These students may take on such behavior for improving self-esteem and social standing. Another survey study found that as many as 5-17% of students athletes in USA use PES’s on a state-by-state basis.[5]

Among college athletes, use of PES’s is more prevalent among male athletes, who participate in more competitive and aggressive sports.[6] These students were also found to be at a higher risk of cigarette smoking, illicit drug use, drinking and driving, and alcohol abuse disorders.[7]

THE RISKS OF PERFORMANCE ENHANCING SUBSTANCES:

The United States Anti-doping Agency outlines a long list of side-effects of using a variety performance enhancing substance (PES). Some are listed below:[8]

These side-effects represent a short list of all possible adverse effects of long-term use of PES’s. The unhealthy social and cultural demands that drive student-athletes combined with adverse effect listed above put the youth at a high risk. This makes the need for natural alternatives which are safe and without any side effects more urgent.

Exercising regularly is the most important practice for developing exercise tolerance, as well as improving stamina and endurance. Benefits of exercise are well-documented and provide tremendous protection for health in the long-term.

Doing up to 40-45 minutes of daily exercise is most beneficial. Also, interval exercise that alternates between high intensity and low intensity activity are more beneficial to burn calories and improve endurance.

Withania somnifera, Ashwagandha is a popular herb in many natural health traditions. It is well known for its capacity as an adrenal tonic – that helps cope with stress and anxiety-like problems. Clinical studies have demonstrated that Ashwagandha can help to cut down the stress hormone (cortisol) by 30% and reduce anxiety by nearly 50% within 60 days of use.[11 ]By cutting down the demand for cortisol hormone, Ashwagandha helps to shift the production of hormones towards more anabolic hormones like DHEA and Testosterone. Researchers have also confirmed this testosterone building effect of Ashwagandha in animal and human studies.[12,13] Testosterone is important anabolic hormone: it helps to build muscle tissue, strength, promotes regeneration of tissues, while enhancing mental vigor and vitality.

In Ayurveda, Ashwagandha’s actions are described as Balya (that which gives inner strength and vitality) and Breehana (that which improved muscle bulk). Clinical studies have been done validate this classical knowledge. Among healthy volunteers, Ashwagandha given for 30 days in escalating dose helped to improve total muscle strength.[14] the herb also significantly lowered total cholesterol and LDL cholesterols in these volunteers. In a study with children, 111 young volunteers were given Ashwagandha-infused Ghee (clarified butter) preparation or Ashwagandha granules.[15] Over the course of 60 days, children receiving Ashwagandha infused ghee had improvement of 38.88% and those receiving granules had improvement of 50% in muscle strength – both significantly better than placebo effect.

Studies have also shown benefits among professional athletes. In a study on teenage hockey players, Ashwagandha was given to 16 players and placebo for other 16 players.[16] After taking 500mg Ashwagandha capsules twice a day for 8 weeks, players in the experimental group had better hemoglobin and improved VO2max (capacity to carry oxygen) in blood compared to players in placebo group, demonstrating that Ashwagandha improves energy supply to muscles during exercise. In another experiment, 500mg Ashwagandha capsules were given to elite cyclists, 20 years old on average.[17] Eight weeks supplementation with Ashwagandha improved VO2max by 13%; time of exhaustion was also improved significantly. This study demonstrated that Ashwagandha helped to improve energy efficiency and endurance of the cyclists.

Terminalia arjuna, is commonly known by the name Arjuna. This herb is a powerful heart tonic that is commonly used in various cardiovascular conditions by traditional Ayurvedic physicians. A review of studies on the cardiac effect of the herb outlines that: Arjuna helps to prevent fibrosis and oxidative damage to the heart; it promotes activity of anti-oxidant enzymes when heart is under stress; additionally, anti-inflammatory activity of Arjuna prevents excessive injury.[18] These actions have a tonic effect on the heart tissue, thus promoting healthy function of the heart muscle.

Among patients with chest pain related deficient blood flow to the heart muscles (a condition called Angina), Arjuna has proven to be very effective. In one study, 58 patients of heart failure with NYHA stage II & III heart disease were given 500mg of Arjuna, three times a day.[19] The herb improved exercise tolerance and reduced clinical symptoms among these patients as effectively as conventional drug isosorbate mononitrate (40mg/day). In patients with NYHA stage IV heart failure, Arjuna was given in addition to conventional drug.[20] Patients receiving the herb demonstrated improvement in cardiac efficiency:

Among healthy young adults, Arjuna is often used as preventive herb that has relaxing effect on the cardiovascular system. Healthy young adults receiving a combination of Arjuna and Ashwangandha show great benefit from the combination. In a clinical study, 500mg of each herb was given to health young adults to test effect on physical performance and cardio-respiratory endurance.[21] After taking the herbs for 8 weeks following results were seen:

THE COMBINED EFFECT OF ARJUNA AND ASHWAGANDHA:[21]

These studies and more confirm the traditional knowledge of Ayurvedic physicians and affirm the effectiveness of these herbs as alternatives to otherwise dangerous performance enhancing drugs. The gracious Mother Nature provides us with a safer and effective alternative for our children.

Story of high school students and experiment with Arjuna and Ashwagandha

In January of this year (2015) three students from the Tesla STEM high school approached me for advice. They wanted to do a clinical experiment for the upcoming science fair. After some deliberation, we decided on doing a study on the herbs Ashwagandha and Arjuna for their effect on exercise capacity. The visionary students: Sindhooja Mullapudi, Prerana Annapantula, and Elysia Midorikawa – worked with me to design the experiment.

All supplements were donated by the Ayush Herbs Inc., an Ayurvedic Herbal supplement supplier. We chose the supplements for their quality and purity. This experiment would not be possible without this generous donation from the company. So, I want to thank Ayush Herbs for supporting the children in their quest for knowledge. 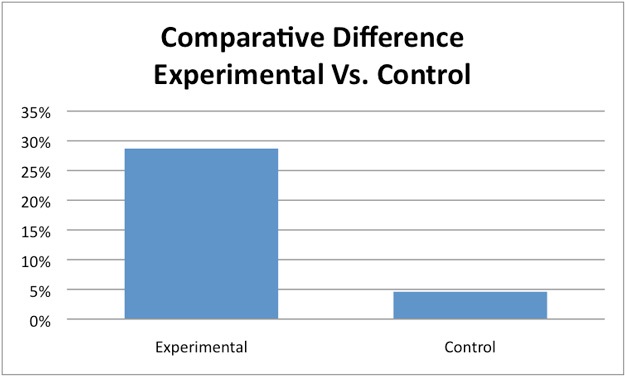 This small and amateur study by these gifted students showed that within 2 weeks, the supplementation with these herbs may improve exercise performance to 124% compared to baseline.

Through the means of this experiment, Sindhooja, Prerana, and Elysia educated themselves, their classmates and their community about these great alternatives for enhancing physical performance and endurance without using performance enhancing drugs.

After presenting their research at the school science fair, these students were selected to go to the Washington State Fair. At the State Fair, they won first prize in their category and also received special award for outstanding research.

Performance enhancing drugs use is very common in young as well as professional athletes. I remember when my son Gunny Sodhi was in high school, he was keen to use performance enhancing steroids for bulking and building muscles. I remember we had a very interesting talk and it took lot of pursuation to avoid use of anabolic steroids. To my surprise, all the anabolic steroids were available in Bellevue, Washington. Sometime we may want to fall to trap for short term gain, but long terms side-effects can be permanent, one of them being infertility along with many others. Herbal medicine can provide safe and natural alternative, and this small experiment by the students proves it. Congratulations to girls for taking such a keen interest in proving the power of natural medicine.